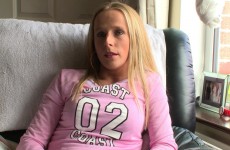 “Prison Families” which follows families as they cope with a loved one’s imprisonment was broadcast on TV3 in Feb 2015. Directed by Matt Leigh and edited by Breege Rowley the series was a sensitive portrayal of life for some of Ireland’s most marginalized families. This challenging subject matter involved careful film making and this was acknowledged by prisoner family interest groups and applauded by television critics.